GIVING BACK TO THE COMMUNITY

ANDERSON HOMES – GIVING BACK TO THE COMMUNITY

The entire team at Anderson Homes has a deep commitment to the community we live in. We know that as the community thrives, we thrive. This drives us to give back to our community in meaningful ways. We are proud to support the following organizations and events.

The Boys and Girls Club

The Boys and Girls Club of the Olympic Peninsula is the official charity of Anderson Homes. Serving over 370 students a day, The Boys and Girls Club helps our children succeed by providing educational enhancements, career exploration activities, character & leadership programs, health & life skills, and so much more. We believe the best way to improve our community is to invest in our youth.

In 1997 Rick, together with Tim German, Mike Jones, Pili Meyer and Richard Winters, formed the 501(c)(3) nonprofit named the Hearthstone Group. Together they developed and manage 148 units of affordable senior housing and 40 units of family/transitional housing Clallam and Jefferson County. They have also developed over 169 units of affordable housing in Montana. These homes provide seniors with a safe, convenient and comfortable living environment where they can enjoy a sense of community and maintain an active lifestyle. The Hearthstone Group has been a blessing in the communities it serves.

Rick has served on the board of BMI since its inception in 2003. BMI was formed with the purpose of declaring the gospel of Jesus Christ to the people of India by training indigenous people of India to be Pastors. Dr. Pandurang Sane is the director of the ministry and together with his family and the men he has trained have planted over one thousand churches in his homeland over the past 20 years. Recently BMI has built an instruction center and guest house which provides training to both men and women.

The founders of the Lavender Festival began with a vision of rolling purple fields to replace fallow dairy pasture, restoring the agricultural base of the fertile Sequim Prairie. Since then, cultivation of lavender in the Sequim-Dungeness Valley has grown into a strong, environmentally sound, agri-business. Over 110,000 lavender plants are grown each year in the area. With its myriad uses beyond sheer fragrance – cosmetic, culinary, medicinal, craft, decorative – the magical herb has fostered dozens of small, creative ventures across the Olympic Peninsula and beyond.

Anderson Homes is a proud to sponsor of the coalition that oversees development and management of the Olympic Discovery Trail (ODT). The ODT is a 135-mile trail that traverses some of the most scenic areas of the Olympic Peninsula. The trail is enjoyed by Anderson Homes employees and many of our clients.

The Sequim Sunshine Festival was first launched in 2020 to great success. The festival encourages people to get out, have some fun, explore our beautiful town, and discover something new.

The Sequim Irrigation Festival celebrates the work that D.R. “Crazy” Callen and his partners did to design and develop the irrigation ditches that brought water from the Dungeness River to the parched prairie. The first headgate on the Dungeness River was lifted on May 1, 1895. On May 1, 1896 the first celebration took place at Crazy Callen’s farm. This was the start of a tradition that would become the oldest continuing festival in Washington state.

The Sequim Farmers & Artisans Market (SFAM) is known for an eclectic display of over 65 local vendors, a live music series, and a full calendar of events.  SFAM provides a venue for our community to purchase locally grown, nutritious food as well as locally-crafted product.

Sequim Prairie Nights (SPN) is an annual car show and shine held the first Saturday in August. The primary goal of SPN is to raise scholarship funds for Sequim’s graduating high school students. The selection process is overseen by the Olympic View Community Foundation.

Captain Joseph House provides a respite for Gold Star Families on their journey from grieving victim to empowered survivor; from familiar military community to civilian life.

Supporting sponsor to assist with funds for team equipment and travel.

Anderson Homes is a headline sponsor for the North Peninsula Building Association’s annual Lego building contest at the NPBA Building & Remodeling Expo. We are proud to be inspiring the future builders of our area.

WE LOOK FORWARD TO HELPING YOU BUILD YOUR DREAM!

WHAT DO OUR CLIENTS SAY ABOUT US?

My wife and I were looking for our retirement home. We were new to the area and Anderson Homes went above and beyond. We started the process in another state and they kept us updated on a daily basis. They were quick to respond to any questions we had. We have been in our new house for about 30 days now and couldn’t be happier. Over the years we have worked with several home builders and by far Anderson Homes is the best. We highly recommend Anderson Homes! 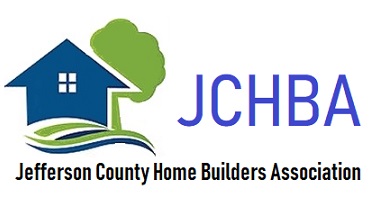